You are here: Home / What We Do / Promoting Coexistence with Wildlife / Stop Cougar Trapping / The Facts

New Mexico Department of Game & Fish (NMDGF) and New Mexico Game Commission have enacted changes to state regulations that inflict more cruelty on our cougars. The NMDGF cannot prove these changes are necessary; instead they are violating their mission by proposing irresponsible wildlife management.

New Mexicans do not support increased take of cougars and are especially opposed to implementation of more trapping on our landscape. The NMDGF’s conduct during the public hearings for the 2015 Bear & Cougar Rule changes is eroding public confidence in their state agencies. 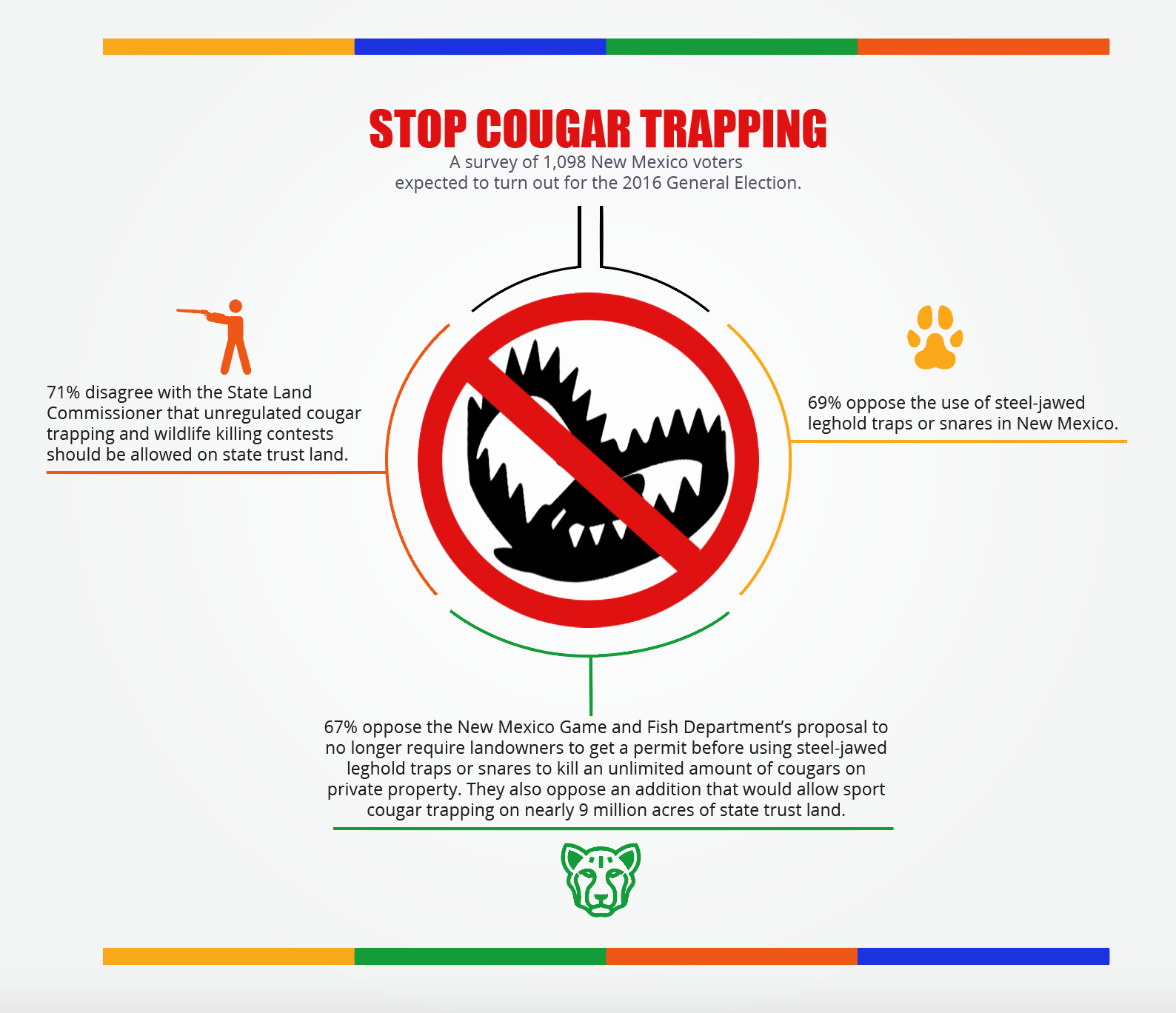 Cougars are Important to New Mexico

Shy, solitary, and mysterious, cougars represent nature at its wildest and most majestic. They have roamed the mountains, valleys, and canyons of New Mexico since time immemorial and represent a part of our natural heritage.

Once hunted to near extinction because of exaggerated myths about wild carnivores, biologists now understand that cougar are integral to ecosystem health and biological diversity. Cougars, top-level carnivores, help keep populations of their prey in balance, and also indirectly protect rare river systems in the arid West. They help harmonize the biotic food web for many plants and animals.

A few think that cougars should be killed en masse because of easily dispelled myths:

To some it might seem like killing cougar would protect human safety, but it does not work that way. There is no evidence that shows that increased take of cougar makes people safer, according to the Cougar Management Guidelines–a publication authored by 13 cougar biologists and reviewed by 30 others. Rather, abundant research indicates that the exact opposite is true.  By overhunting a cougar population, the age structure in the populations changes to one that is younger and more socially unstable. In other words, killing cougar will not decrease and may actually increase the number of harmful encounters between cougar and humans or livestock.

Some people’s exaggerated fear of cougar should not inform how they managed. Cougar Smart New Mexico aims to address the small risk of cougar-human conflict in wilderness areas by providing educational materials for safe and responsible conduct.

Trailhead posters / informational flyers are available, each containing concise tips for staying safe, especially when encountering a cougar. As with any wilderness area, recreators need to understand that wildlife inhabits the areas and that they should take necessary precautions. 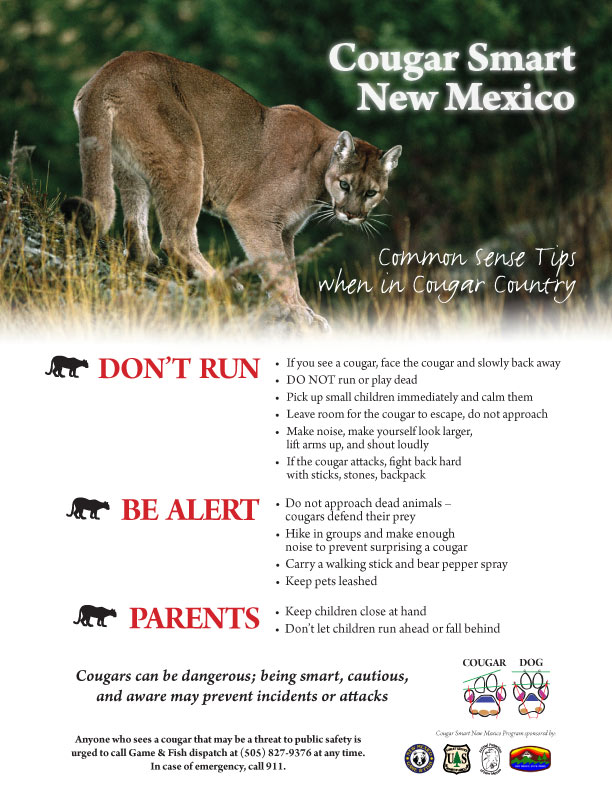